This listing was posted on US Cars Listed. 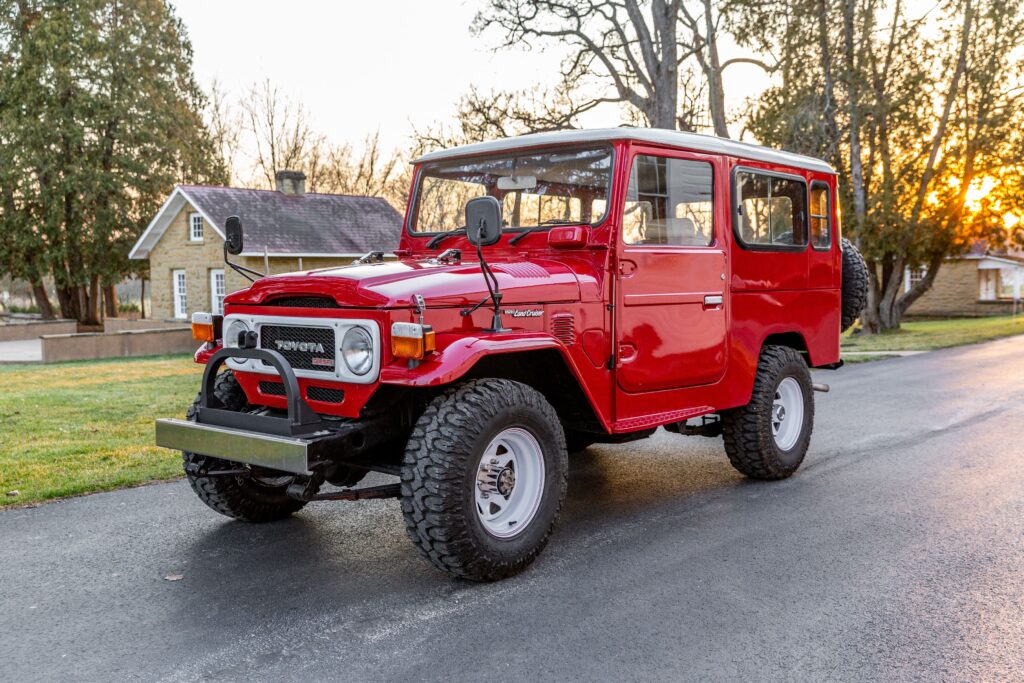 Share
Share
Tools
Price:
$17,000
Financing:
Pre-Qualify Online & Save
Estimated Shipping:
Click for an estimate from uShip provided by uShip.
Insurance:
Local auto insurance quotes. Search & save now.
Summary:
Used 1980 Toyota Land Cruiser 190,656 miles, Red
Location:
Tampa, FL
Description:
This BJ44 is equipped with its original 3.2-liter inline four-cylinder engine, which he claims has never been rebuilt. Home-market trucks were often equipped with this B-series, naturally aspirated diesel engine. This is the 2B variant, which has a 21:1 compression ratio and was rated at 93 horsepower and 159 lb-ft of torque at 2,200 rpm when new. The engine bay appears to be very clean and original in appearance in the provided photographs, with the exception of dual replacement batteries. the truck was refinished in red with a white roof during his ownership. The paint appears to be in very good overall condition in the photos. The chrome door handles appear to have no pitting, and the emblems all appear to be in good shape. He mentions that the Land Cruiser had some minor rust repair and cleanup done on the frame, but that the body had no rust repair when he painted it. The BJ44 features a steel front bumper with an integrated grille guard, dual fender-mounted mirrors, a rear-mounted spare tire, and a rear step bumper. The BJ44 is the longer body-style station wagon, which provides more room in the rear cargo area. The glass Ã¢ all original. Most Land Cruisers are equipped with very basic vinyl interiors, but this example appears to be more upscale, with two-tone vinyl/cloth upholstery throughout. The upholstery, which appears to be original to the truck presents in the photos as being in fair condition up front, with a hole in the driverÃ¢s seat and some cracking on the vinyl portion closest to the door. The floor is protected by a full-coverage tan rubber mat with Ã¢ToyotaÃ¢ script, which appears to be in good condition. The door panels appear to be in good shape, with some visible wrinkling and staining, but no rips. The headliner is missing, but he has a replacement that will likely be installed before the sale. The rear cargo/passenger area has a similar mat on the floor, with a full-width, front-facing seat in place of the more conventional jump seats on the FJ40. The seat is removable, and the upholstery appears to be in good condition. The dash pad has several cracks in the surface, and the dash has a cutout for a late-model radio.
Body Type:
Sport Utility
Transmission:
Manual Transmission
Posted:
May 13 on US Cars Listed
Share
Share
Tools

This listing was posted on another website. Click here to open: Go to US Cars Listed
Important Safety Tips